Despite the shambolic performances from India in the group stages, Indian skipper Sunil Chhetri still feels his side are firm favourites to retain their title.

India who reverted back to form in the semi-finals, dispatching the Maldives 1-0, an Arnab Mondal goal in the 86th minute the difference between the two sides.

Striker Chettri, who has 38 goals for his country, sat out the maldives game because of a suspension and is feeling positive about the result.

In fact, he is overwhelmed that other people do not share his confidence.

Speaking to Goal India he said: “Yes, it’s so difficult to watch a game from the stands. And it’s funny that people think we are underdogs. I have never felt like that in the SAFF Championship before, having won the title so many times.

Chettri remains upbeat that his side can beat the Afghans, maintaining that Yousef Kargar’s side are broadly similar to the side they thrashed 4-0 in 2011.

“We played against them in the 2011 SAFF cup and almost the same team is here. We have the motivation and we have won this trophy the majority of times and we shall give everything to ensure the cup remains with us.” 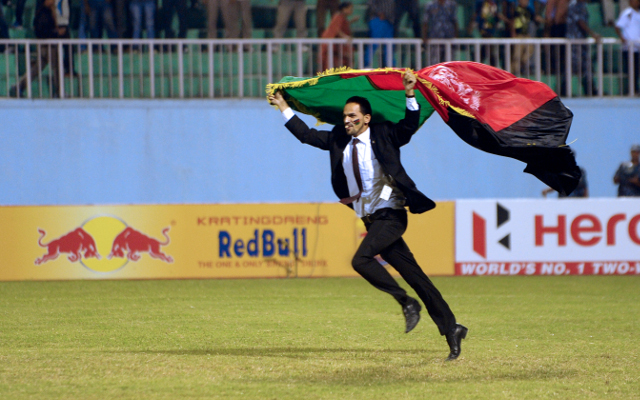