Their love of the spotlight is one of the many things that connect Barack Obama and Usain Bolt.

According to Daily Mail Online, during the Thursday trip to Jamaica, Obama said he ‘had to say hi’ to Bolt, who holds the Guiness World Record for the fastest 100m dash in history, when he became the first U. S. President to visit the island since Ronald Regan in 1982. 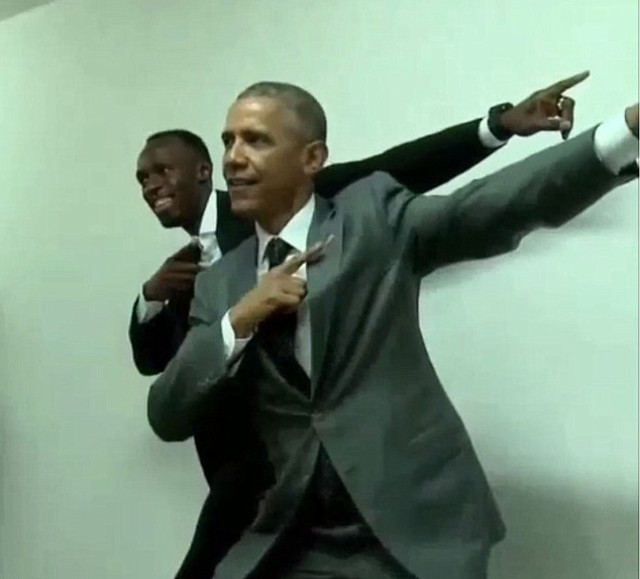 Obama gushed over Bolt’s record-setting speed, saying “Nobody’s ever been faster than this guy. Ever…of all the billions of people.”

Bolt posted the video of him with Obama to his Instagram account on Friday and said that he was honored to have met the U.S. president.

‘What can I say.. It was truly a great honour meeting the President of United States of America,’ he wrote.