Golf is never considered an especially sexy sport, but according to gorgeous television presenter and actress Denise Van Outen it’s one of the sexiest things she can think of.

At least, that’s what she’s told the readers of Golf Punk magazine (via The Sun) as she posed for a new cover shoot.

Donning the famous green masters jacket and little else, she took to the rough to show that golf can be a glamorous activity for the fairer sex.

Van Outen, 40, has just landed herself a plum role on BBC’s never-ending soap opera Eastenders, but has been spotted in Dubai recently, playing a few holes with lucky boyfriend Eddie Boxshall.

She has hinted that she is not the worst golfer in the world, and even admitted that she has got her five-year-old daughter into the sport.

“It is funny because a lot of guys don’t really want women to play, it’s their laddie thing to do, to be out with their mates. For me it’s a great thing for girls to do,” she said.

“All my friends who used to be right party people have all turned to golf. I’ll spot people I used to be out in night clubs with to all hours, and now we’re all out on the golf course.”

See the pictures from her latest photoshoot below. 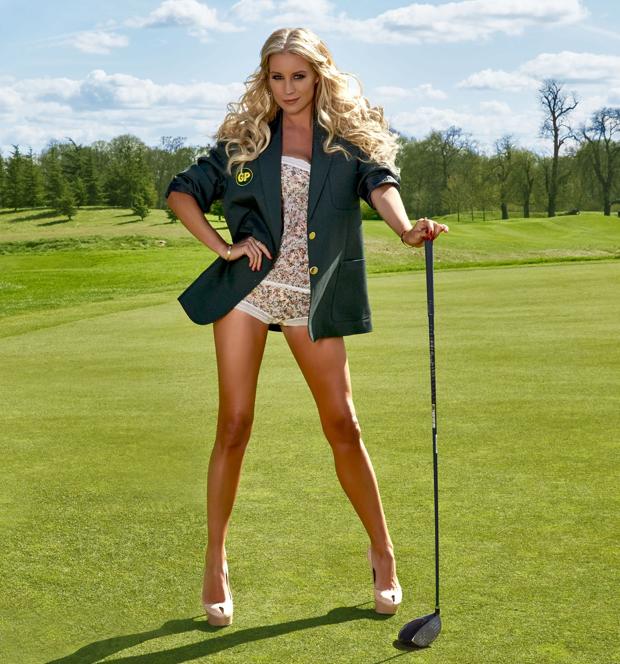 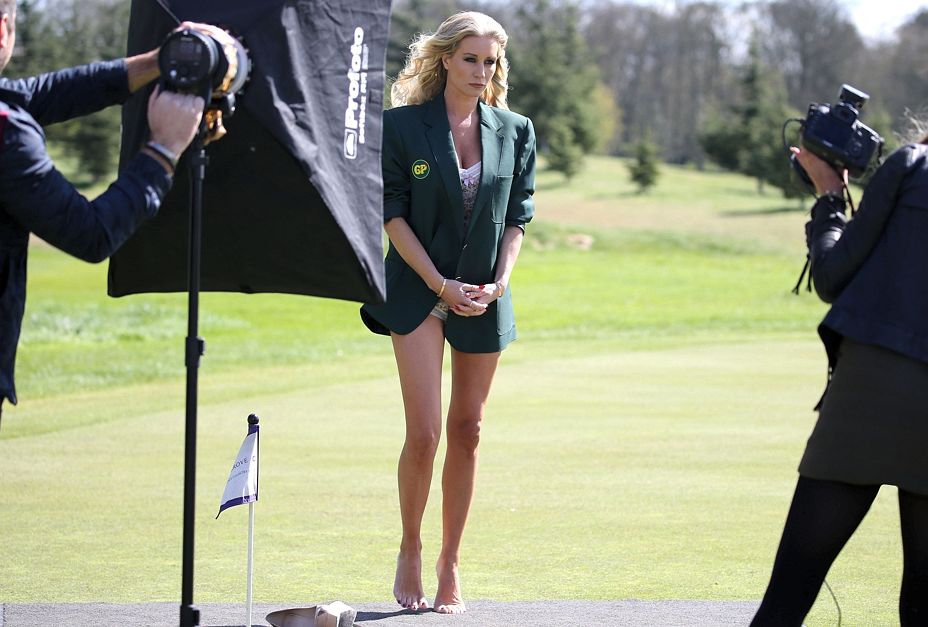 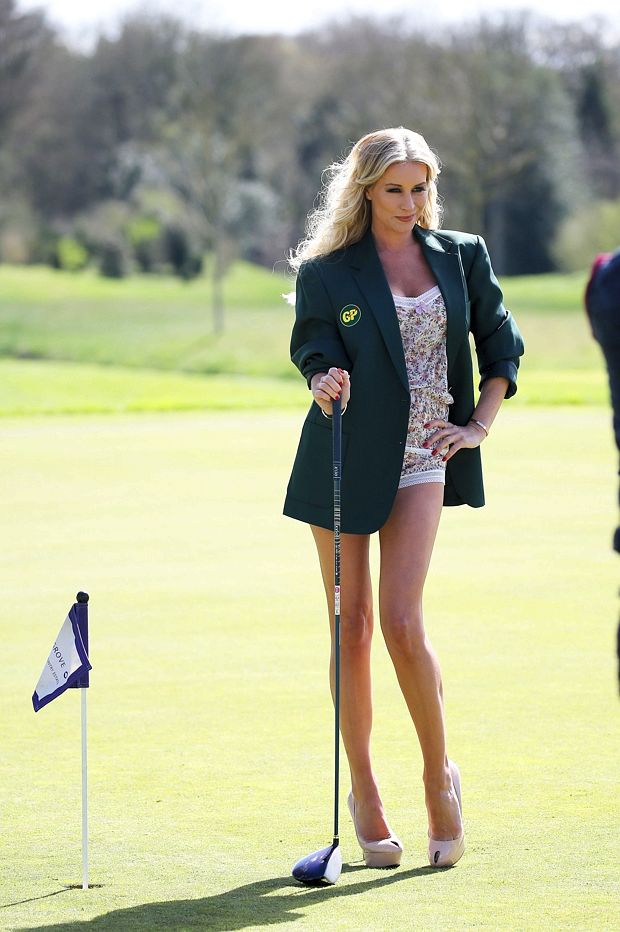 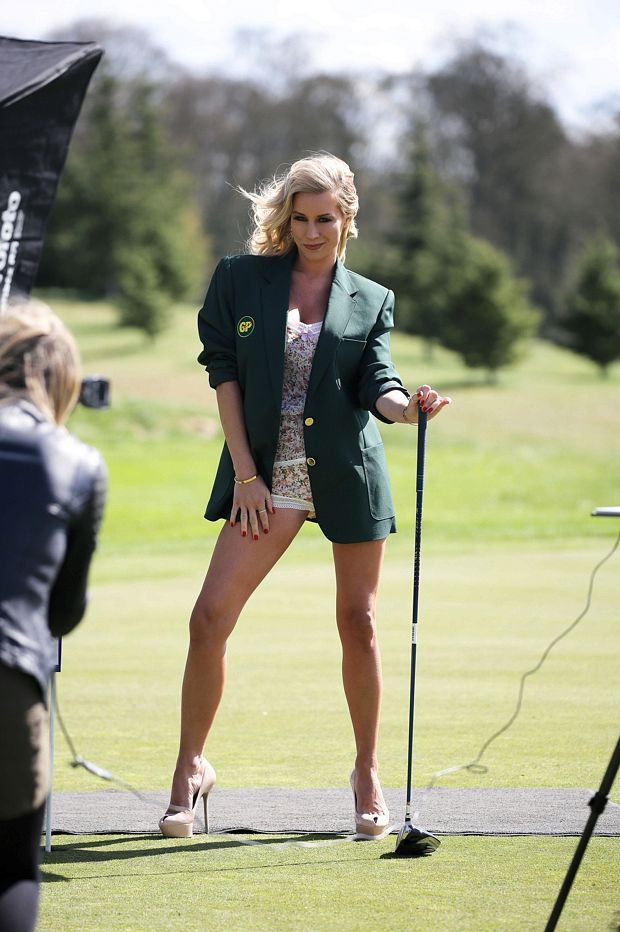 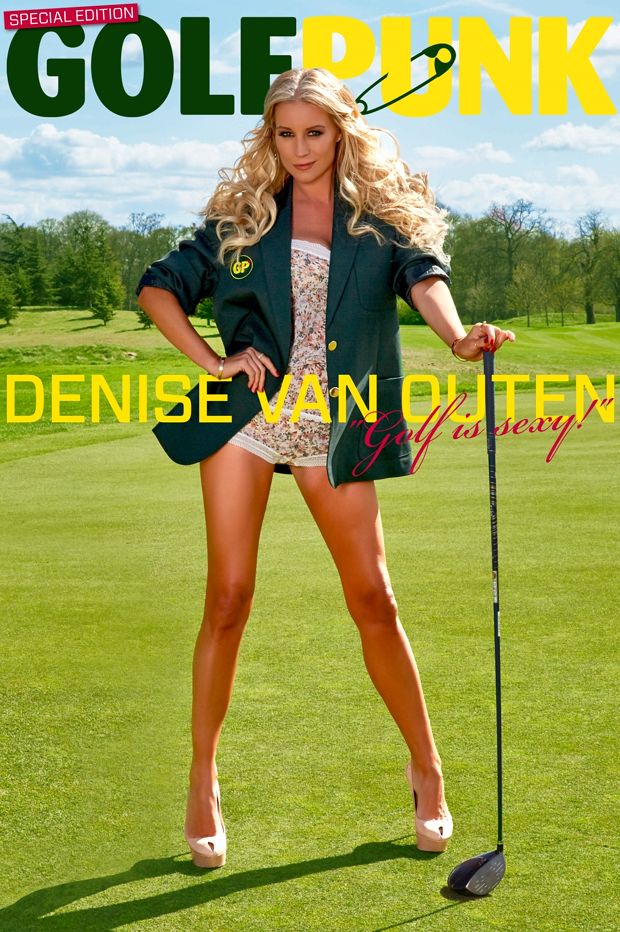