Pictures from Bayern Munich’s defeat to Barcelona in the Champions League on Wednesday night have emerged alluding to a bust up between head coach Pep Guardiola and star striker Thomas Muller.

A brilliant brace from Lionel Messi and a late strike from Neymar was enough to seal the win for the Catalan giants, placing one foot in the Champions League final.

Guardiola was marking his first return to the Nou Camp since leaving in 2012, having previously led the side to two European Cups in 2009 and 11.

But with the score a just 1-0, Guardiola replaced the World Cup winner with Mario Gotze on the 79 minute mark – something that Muller did not take too kindly to.

Clearly annoyed at the decision, he is seen remonstrating with Guardiola before continuing his protests with staff members and fellow substitutes on the bench.

It is the second instance of Guardiola blowing his top, as he last month accused his medical staff for the first leg defeat to Porto in quarter-finals. 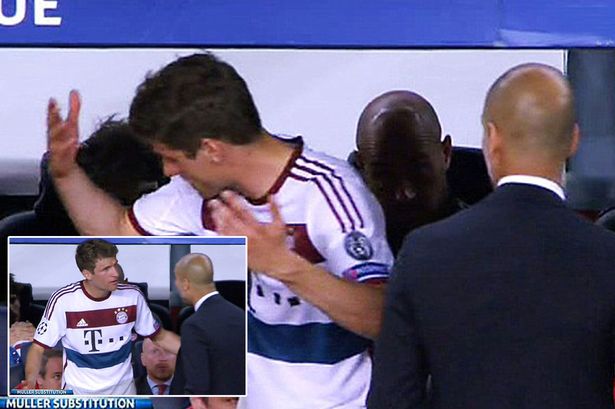 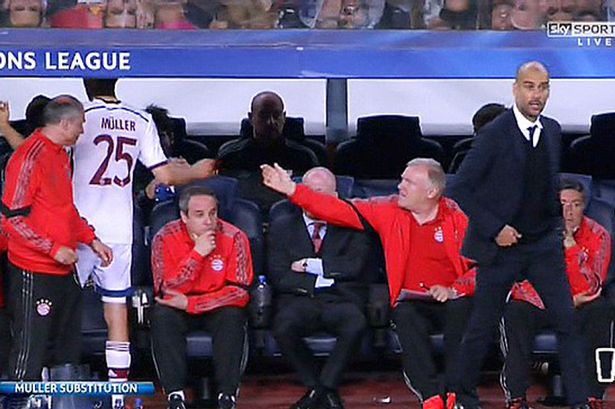