It’s here! After weeks of speculation and ‘leaked images’ Liverpool’s new shirt for the next season has been revealed at a special event at Anfield.

Over 1,000 fans, pundits, former players and journalists all flocked to the club’s Centenary Stand to see a number of first team stars walk out on to the catwalk to model the new strip.

England internationals Daniel Sturridge and Raheem Sterling played a pivotal role in getting bodies through the door, and they were joined by defensive heroes Simon Mignolet and Martin Skrtel, who all took part in a Q&A with the fans after their little turn on the catwalk (yeah on the catwalk!).

Unsurprisingly, the kit in red, and displays an ingrained pattern that switches from a cross design into vertical lines.  It has been made by New Balance, who are taking over the duties from current manufacturers, Warrior.

See below for images from the afternoon. 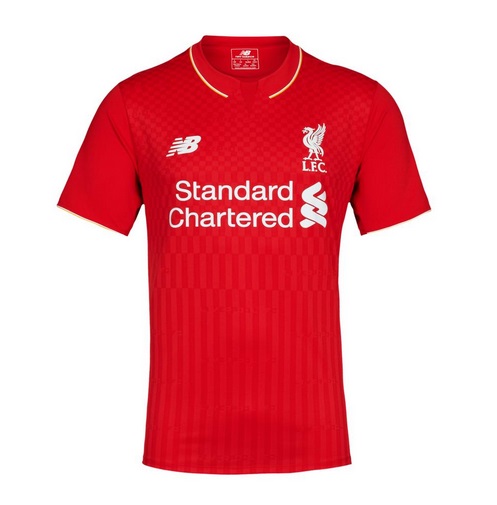 Raheem Sterling modelling new @LFC kit today, but will he be around to wear it next season? Pic from @carlmarkham pic.twitter.com/7ksOTm769n