Poor old Parma, they’ve had nothing to cheer all season.

Currently sitting rock bottom of the Serie A table, the former Italian giants have won only five games all season to give them a pitiful 13 points from 31 games so far.

And to make matters worse, the club are now facing an uncertain future off the pitch as much as on it, as they were declared bankrupt back in April.

The club are now seeking new investment as administrators have taken over the cudgels for the remainder of the campaign, with the threat of complete oblivion still a distinct possibility.

A new owner(s) could snap the former European Cup Winner’s Cup holders for anywhere between €6m to €20m, but that will be softened by the parachute payment that they will likely receive for dropping down to Serie B.

But to act as an incentive, popular Italian socialite Rosy Maggiulli has vowed to lend a hand in helping attract a new buyer by promising to strip at the Ennio Tardini stadium.

She made the promise during a risqué photoshoot, which you can see below. 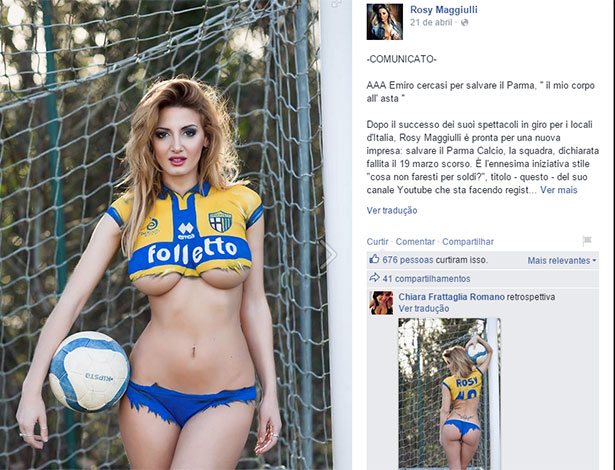 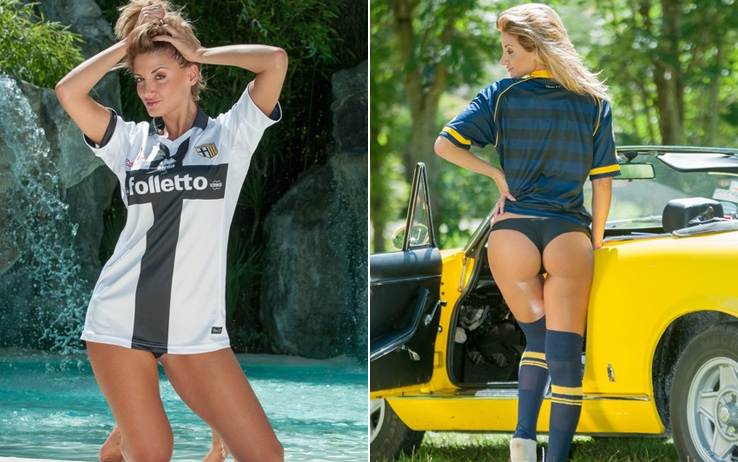