The Australian cricket team have trialled a newly designed helmet aimed to help prevent a repeat of the horror injury that felled Phillip Hughes.

According to AFP, Steve Smith, Glenn Maxwell and George Bailey all wore the new helmet which features a clip-on plastic and foam ‘honeycomb’ that provides extra protection to the back of the batsman’s head and neck.

However, Cricket Australia high performance manager Pat Howard says players will not be obliged to wear the new helmets during matches.

“Masuri has worked very hard to bring this guard to market in a very short period of time and we appreciate and commend that,” Howard said.

“The players have now been given the guards to trial at training before deciding whether they wear them in match conditions.

“It is very much a personal decision which we will respect.”

Check out photos of the new Masuri helmet below: 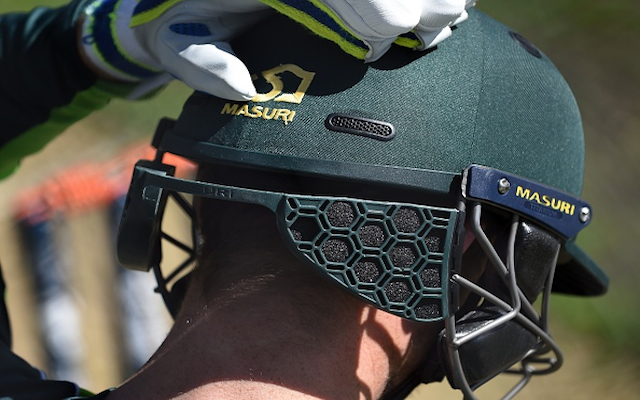 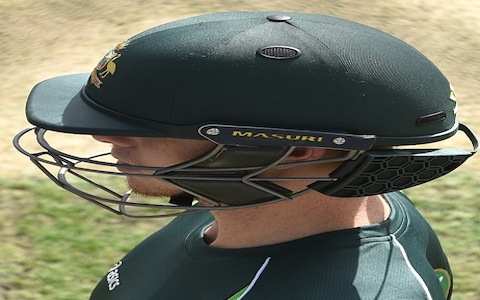