Podolski endears himself to waiting supporters.

Pictures of Arsenal forward Lukas Podolski arriving in Milan to complete his loan move to Inter have emerged that seem to confirm everything he and Arsene Wenger said about the deal being dead were all lies.

The move developed rather quickly after initial reports of a deal appeared to be dead in the water, but it now seems that he is set to complete the switch at some point over the weekend.

And the German international wasted no time in getting into the good books of his new fans by holding aloft an Inter Milan scarf in front of the waiting fans at Milan airport. 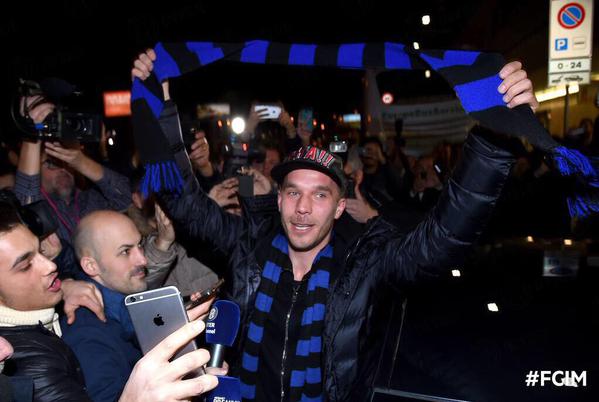 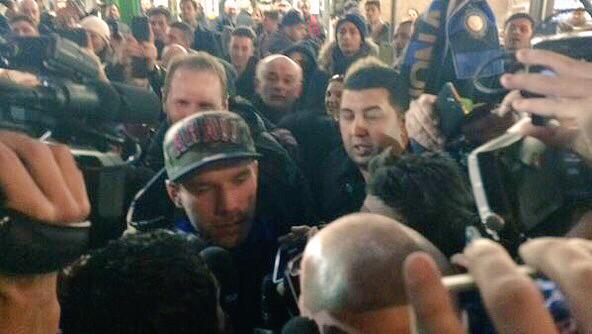