Check out a young fan mocking the ex-Hawthorn man during the Hawks’ win over the Swans.

A young Hawthorn fan let Lance Franklin know exactly what he thought of his move away from the Hawks by waving a around a moneybag in reference to his mega dollar move to the cashed-up Sydney Swans.

Franklin left Hawthorn at the end of the 2013 premiership-winning season, signing an unprecedented nine-year deal worth $10 million. 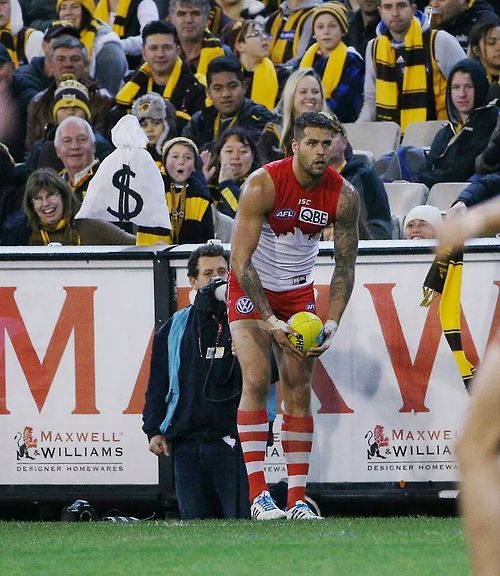