John Terry is close to signing a new Chelsea contract. Here is a great photo of the Blues skipper agreeing his first deal as a teenager – with questionable curtains!

Chelsea captain John Terry is on the verge of agreeing a new contract to stay at Stamford Bridge, and will go down in history as their greatest ever captain – regardless of off-field demeanours.

The Blues centre back has certainly come a long way.

Here he is as a 14 year-old boy signing for Chelsea for the first time.

Judging by the picture – originally posted to Terry’s now deleted Instagram account – he either had yet to hit his growth spurt or had colossal parents. 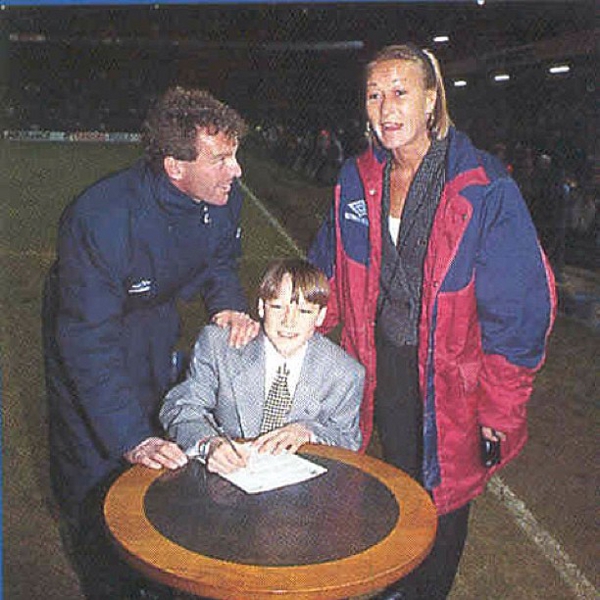