Warrington Wolves full-back Matty Russell has been given the all clear from serious injury following a collision with Vikings prop Macgraff Leuluai, but not before posting a horrifying picture of his battle wounds.

Russell has had two front teeth removed and is sporting a monstrous fat lip, as he showed in a post to social media, after the sickening collision with Vikings prop Macgraff Leuluai.

He had to be treated on the pitch for ten minutes before being stretchered off, though he now appears to be in good spirits by posting the caption “Check that out.. That’s what u call a fat lip haha” along with the picture, which can be seen below.

Check that out.. That's what u call a fat lip haha pic.twitter.com/zK2KBMOMHO 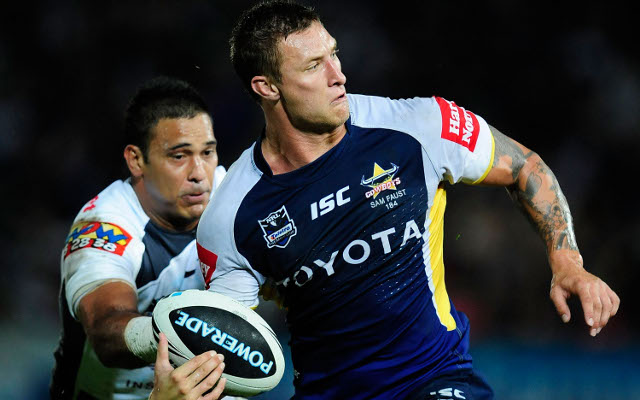