Spurs to press ahead with move to land impressive Colombian frontman.

The front page of Portuguese daily Record is reporting that Premier League giants Tottenham are set to make a concrete offer for Porto striker Jackson Martinez during the January transfer window.

The 28-year-old has long been linked with an exit from the club as several Premier League sides have repeatedly declared an interest in his services.

However, it now appears that Spurs are in the driving seat to bring him on board in the new year.

Sadly, the report in Thursday’s edition of the paper holds no real information about the prospective deal, though with Spurs needing a new striker following the continually disappointing form of Emmanuel Adebayor and Roberto Soldado it does carry an air of plausibility.

Whether the player will want to join Spurs is another matter, though. Porto are still going strong in the Champions League and have just drawn FC Basel, whereas Spurs are struggling to keep up with a place for next season’s Europa League. 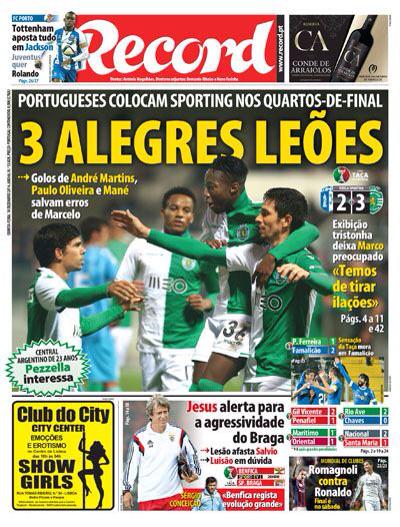