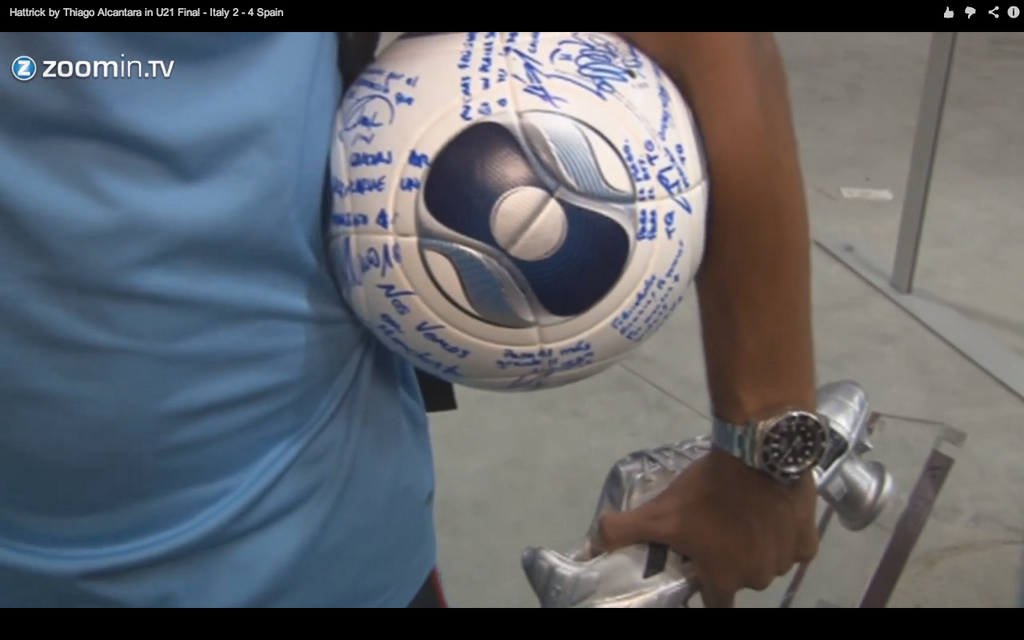 Manchester United target Thiago Alcantara was the hero for Spain under-21s, as the Barca starlet claimed a hattrick in the 4-2 European Championship final victory over Italy.

As is custom, the 22-year-old playmaker, who reportedly has a release clause of just £15m, was awarded with the match-ball after the final whistle which was duly signed by his Spanish teammates.

And one particularly inscription has caught the eye. The words “Nos vemos en Manchester”, which translate as “See you in Manchester” can be seen on the ball and were reportedly written by Spain and Man United goalkeeper David de Gea…

Close up via Mundo Deportivo.