The adult entertainer tweeted that she would reward the whole team with sexual favours if they were able to reach 47 wins. Will we see the Lakers trying that little bit harder now?

Just to let everyone know she was serious she reiterated her point with a second tweet and a rather revealing picture which we are unable to show in it’s entirety. 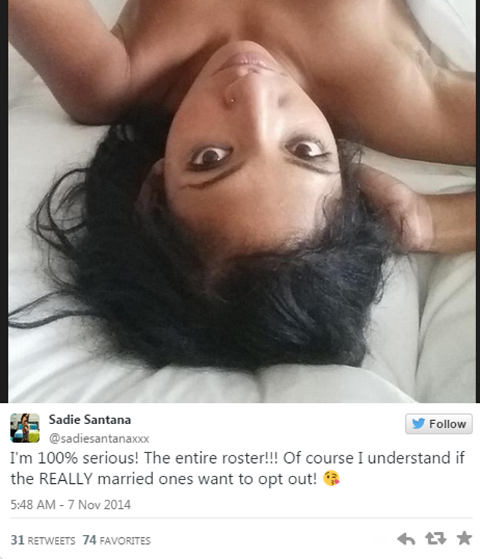 Santana did however say that the “Really married ones” could opt out of they wished. Clearly for the only slightly married members it will be mandatory.