Del Pra was “dressed like Rambo” according to club statement.

Sampdoria have caught Genoa goalkeeping coach Luca Del Pra spying on their training sessions ahead of the Derby della Lanterna on Sunday night.

The two local rivals will meet at the Marassi on Sunday, and it would appear that Genoa were hoping to gain an insight into Sampdoria’s plans for the game by sending Primavera youth team goalkeeping coach Del Pra to spy on them.

However, they were left embarrassed after a member of the Samp coaching staff spotted him as he cast an eye over proceedings, leading to a bizarre statement on Genoa’s official website describing their “intelligence services” to have won the battle. 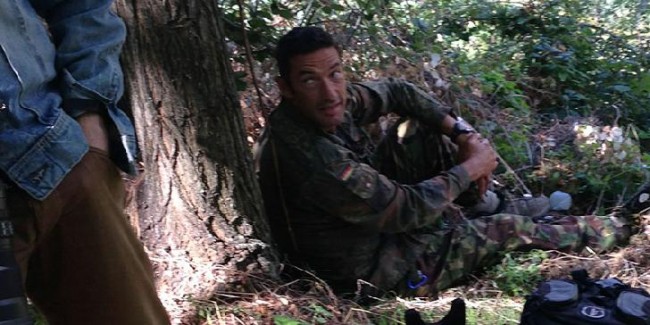 “Like a would-be Rambo hidden in the Poggio bushes, Luca Del Prà, Coach of the Primavera youth team goalkeepers from the club of such noble descendants, could not fight the counter-measures of the Blucerchiati’s intelligence services,” the statement read as reported by Football Italia.

It remains to be seen whether or not it was mission accomplished by Del Pra, as he will likely report back with any findings that he had prior to being caught in the act.

Free Agent XI – Who could your team sign for nothing next summer? Including Liverpool, Man United and Arsenal targets