Roma have asked their supporters to vote on which third jersey the club’s players should wear in Serie A next season.

The Giallorossi have handed those who have already renewed their season ticket for next year the opportunity to cast their vote for the jersey of preference, with the winning pick set to be worn by the players in the second half of next season.

The capital club have provided their supporters with three choices, with all options including an element of the club’s famous gold and black colours. 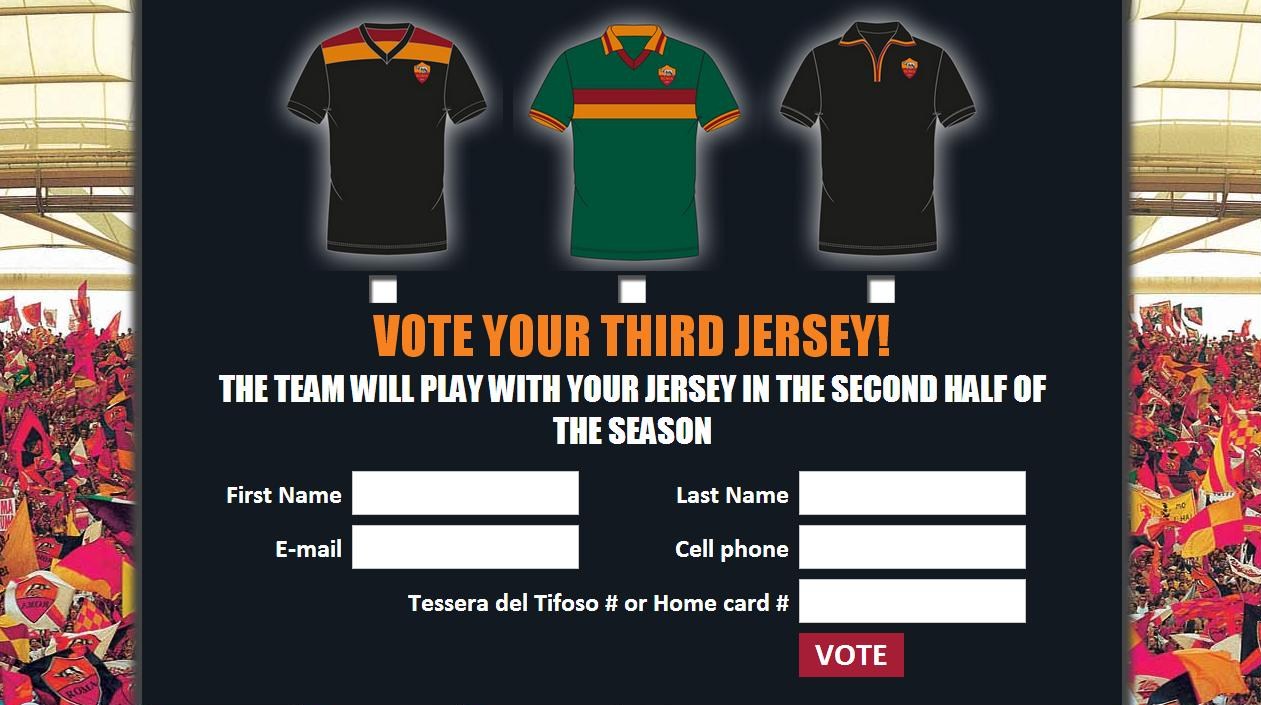 Roma CEO Italo Zanzi spoke about the importance of interacting with the supporters and believes this is a wonderful opportunity for them to become increasingly involved in the club.

“Creating opportunities for interaction with our fans is a top priority,” Zanzi said as reported by Football Italia.

“We are very pleased to offer our dedicated supporters the opportunity to vote on our third jersey for this season – we look forward to their input,” he concluded.

Roma coach Rudi Garcia will be hoping that whichever jersey is decided upon will bring his side good luck as they look to improve on last season’s sixth placed finish.

Having also lost to city rivals Lazio in the Coppa Italia final, the club missed out on European football but that has not deterred them from making significant purchases in the market this summer.

Morgan De Sanctis, Mehdi Benatia and Kevin Strootman are amongst the new faces at Trigoria for pre-season training, while Arsenal forward Gervinho is expected to have his move made official in the coming days.