The Scot looks delighted as he stands on the Wembley pitch with the Community Shield.

In the Community Shield at Wembley a strong United team overcame Wigan Athletic with relative ease, through a brace from Robin Van Persie.

The Dutchman latched onto a cross from Patrice Evra to power a header past Latics goalkeeper Scott Carson within the first 10 minutes, before a deflected shot off James Perch made it 2-0 in the second half.

In 11 years at former side Everton Moyes never won any silverware, so it will be a morale boost for the Scot to do so at the first opportunity – and the manager enjoyed low key celebrations with the Glaswegian’s family on the hallowed Wembley turf. 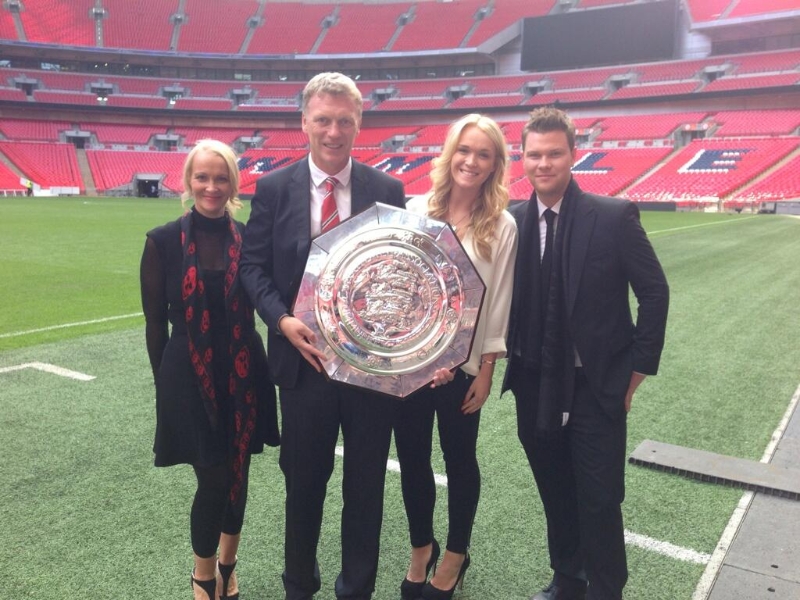