Salah has completed the transfer from FC Basel.

FC Basel winger Mohamed Salah completed the 21-year-old’s £11m transfer to Chelsea as a replacement for the departed Juan Mata.

Mata’s £37.1m move to Manchester United on Saturday opened up a space in the Blues squad for Salah, who has been impressing in Switzerland for the past 18 months.

Here the attacking midfielder – known as the ‘Egyptian Messi’ – poses with the No.15 shirt and will be ready to play for the west London club in their midweek Premier League clash with West Ham United. 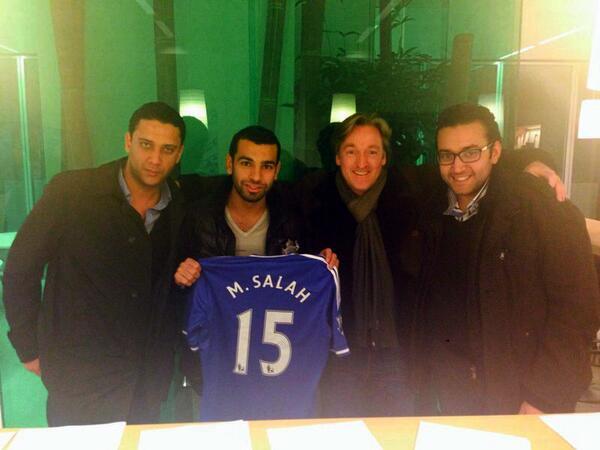