The 28-year-old was making his comeback following a month on the sidelines against the Gunners, but saw himself back in the treatment room with a rather nasty gash on the cheek.

Caused by a speedy collision with fellow defender Steven Caulker, the former Man City star got teammate Shaun Wright-Philips to take a snap of his new war wound before betting stitched up. 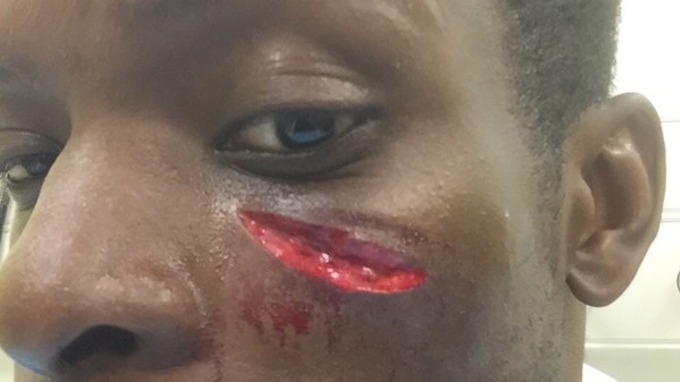