The hierarchy at Naples are clearly delighted with landing Higuain.

De Laurentiis, along with newly appointed manager Rafel Benitez, showed their joy at landing the Argentine by baking a great big cake and posing behind it.

Although from the looks on the trio’s faces Higuain is the most pleased with the move – maybe the president is wincing at the £34.5m fee Napoli had to pay Madrid for the 25-year-old! 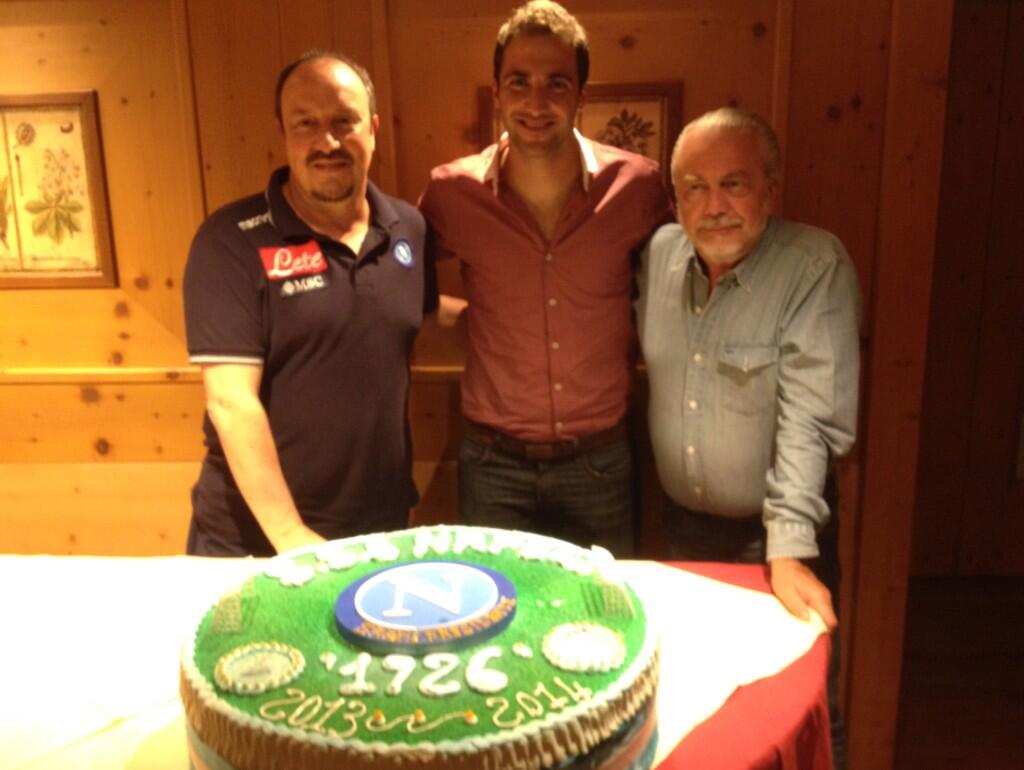