Per Mertesacker has uploaded another photo of the German duo to Facebook from the Gunners’ tour in Japan.

If the rapidly expanding array of viral media is anything to go by, Arsenal are having the time of their lives on tour.

Per Mertesacker, one of few Premier League stars who actually maintains his own public Facebook fan page, has posted a picture of himself and compatriot Lucas Podolski dressed as samurai whilst touring Japan and Asia with the Gunners for pre-season.

See the silliness below: 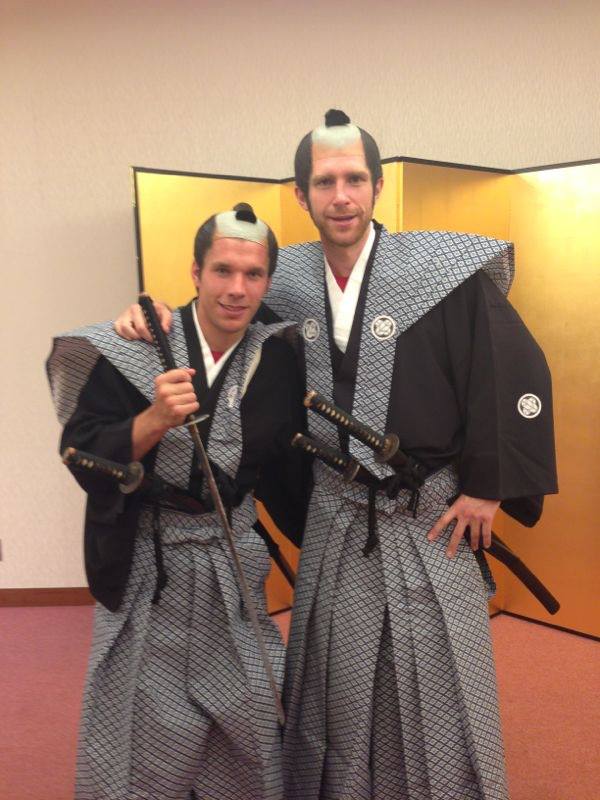