Eastern and Western conferences still extremely competitive at this stage.

Both the Eastern and Western conferences in MLS remain very close in the race for a play off position, attesting to the competitiveness of MLS.

Although some may bemoan the lack of a super-club in MLS, few can argue with the excitement that the relative parity between teams brings. Eight teams in both the Eastern and Western Conferences are in with a shout at making the play-off positions, and such a constantly changing competitive environment will help the development of the League as a whole. Last year’s MLS Cup finalists, LA Galaxy and Houston Dynamo, are both seeded 5th in their respective conferences. 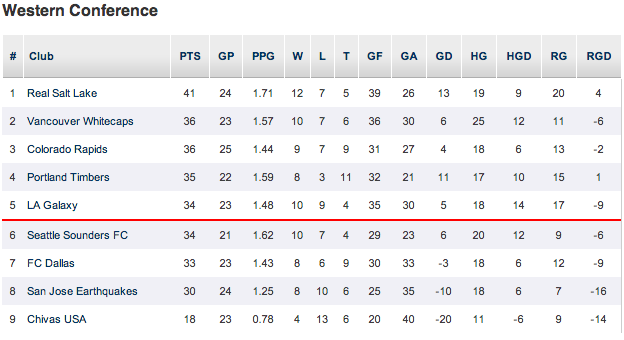 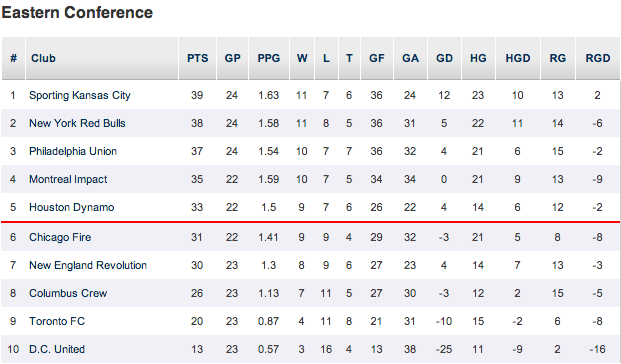