Melbourne Storm winger Marika Koroibete has taken to social media in an attempt to find the the culprit responsible for stealing his BMW 3-series.

“Miss my ride to the person who break’s in & steal this car good luck boii karma is a bitch,” he said. 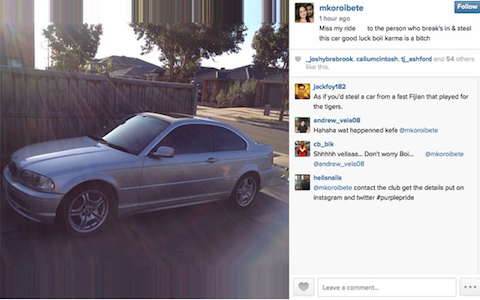