Manchester United target Memphis Depay has strongly suggested he’d be keen to join the club this summer after favouriting a tweet about a transfer rumour linking him with the club.

The Netherlands international is known to be a top target for Louis van Gaal, and could be preparing to leave PSV after this latest incident was caught on social media.

Depay was snapped favouriting a tweet surrounding a story that translates as “Manchester United have a lot of money for Depay”. 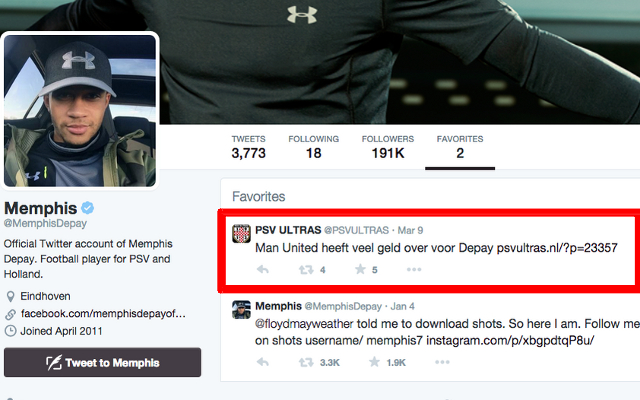