The class of ’92 hit the streets of Manchester for nostalgia’s sake.

Manchester United’s 1992 FA Cup youth winning side may have been the greatest ever, with a team that included David Beckham, Nicky Butt, Ryan Giggs, Paul Scholes and Gary and Phil Neville.

Between the six of them they went onto win 81 major trophies – admittedly with several crossovers – and Giggs is now the only one of the six, despite being the oldest, still playing professionally.

Yet despite being superstars worldwide (Beckham perhaps more than Butt!) the gang still found time for a night out in Manchester on Monday. 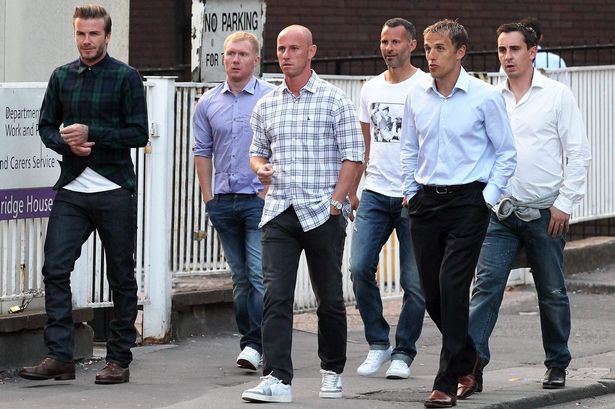 A few things have changed in the past 21 years, mostly hairlines and fashion sense – again Beckham probably wins that one – as can be seen by a picture after United’s triumph in 1992. 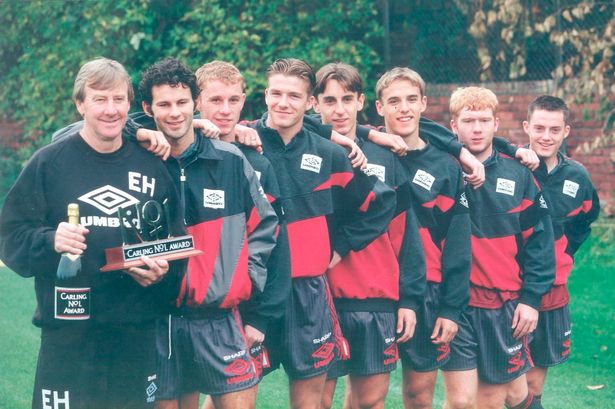