An impressive spectacle is created by the stands at the defender’s testimonial.

During the testimonial match for defender Rio Ferdinand the Manchester United fans at Old Trafford paid tribute to the Englishman by displaying a giant mosaic.

As thousands of fas hold placards aloft it spells out Ferdinand’s name and favourite number, five, along with a portrait of the 34-year-old.

The centre-back is about to enter Ferdinand’s 12th season, with the Red Devils having played 427 matches for the club and won six Premier League titles, two League Cups and the Champions League. 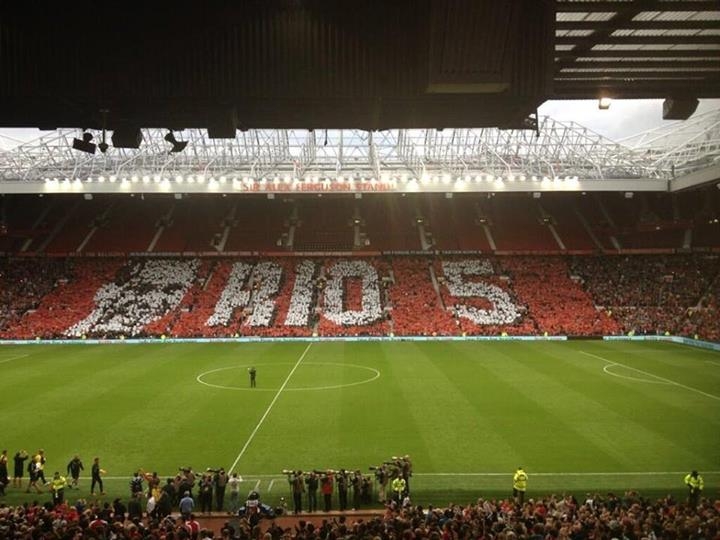