The Scot was clearly too hard on the striker.

It’s been a tough time for David Moyes since succeeding Sir Alex Ferguson at Manchester United and top-scorer Robin Van Persie has clearly been affected.

Here the manager seems to have a been a little too hard on the Dutchman during training, as Van Persie’s bottom lip noticeably quivers after a chat with the 50-year-old.

The striker has already voiced concerns about the training style of Moyes and maybe there was just one complaint too many for the Scot. 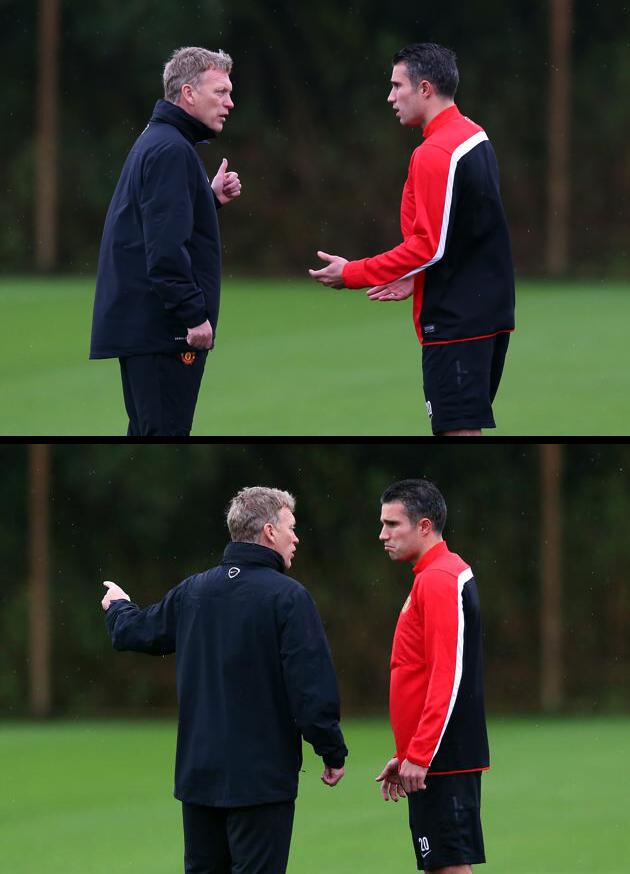