Live in Seoul? Then you could be a proud owner Manchester United’s finest official new merchandise – toilet roll.

Manchester United are big in Asia. They may be champions of England, with supporters scattered all over the British Isles, but however large a club they appear to be in Blighty is nothing compared to the scale of their support in the Far East.

Mad Reds fans can, and will, buy absolutely anything bearing their famous badge, so it was only a matter of time until we reached this:

When you think about it, it’s actually an ideal product for City fans too. 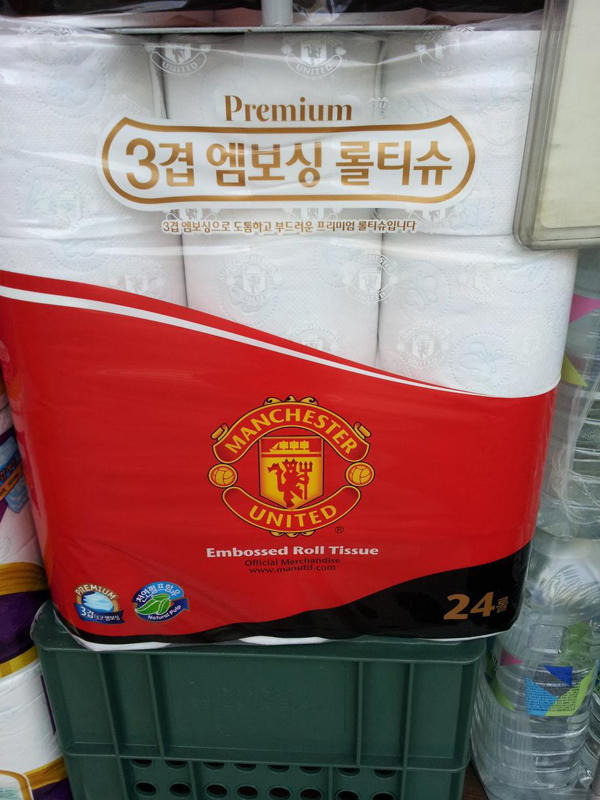