The Socceroos veteran signed for the J-League side on Monday.

It was straight down to business for Lucas Neill at new employers Omiya Ardija as he got stuck into his first training session at the club.

The 35-year-old Socceroos veteran joined the struggling J-League side on Sunday after the completion of a short-term deal with Sydney FC and was mixing it with his new team-mates on the practice field 24-hours later.

Despite the obvious language barrier that will initially segregate Neill from his new colleagues, the defender showed he clearly isn’t timid when it comes to making his presence felt in the Squirrels squad. 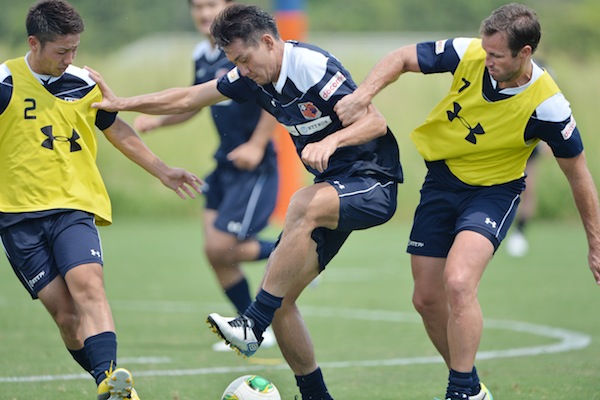