The Red Devils defender is becoming famous for stupid faces.

The many faces of Manchester United’s Phil Jones is now something of a viral phenomena, but Liverpool forward Luis Suarez tried to give it a go as well.

Suarez played for the Reds for the first time in 2013/14 having returned from a 10-match ban for biting Chelsea defender Branislav Ivanovic, against the Red Devils in the League Cup on Wednesday night.

In a superb moment, as Jones pulled the standard gurn the Uruguayan did the 26-year-old’s own version – which almost competes. 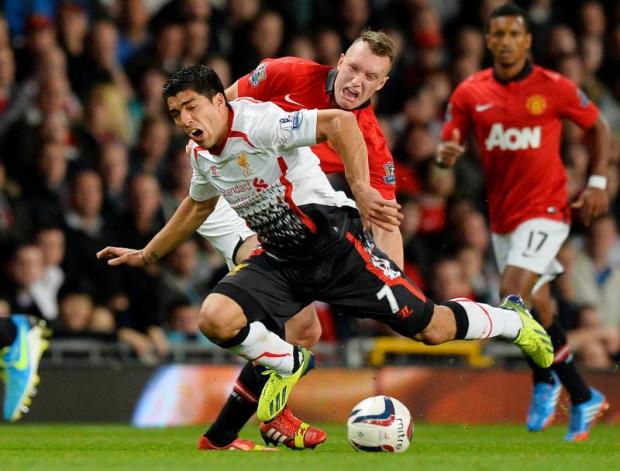