The Uruguay international was banned for 10 matches for biting the Serbian.

Towards the end of last season Liverpool forward Luis Suarez bit Chelsea defender Branislav Ivanovic and earned a 10 match ban as a result.

The Uruguay international was forced to sit out the first five Premier League matches this term, but since returning to the first team has 19 goals in 13 ties.

The two sides have met at Stamford Bridge and it was the first time Suarez and Ivanovic were together since the incident. 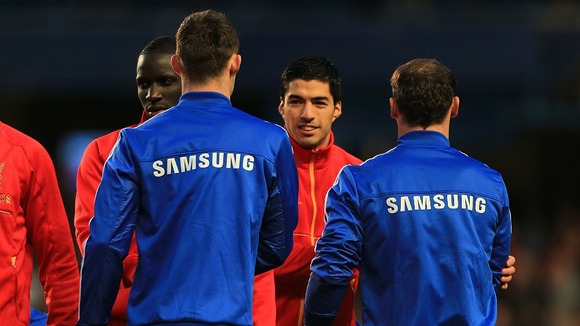