Could the Reds be lining up in this next season?

A picture of what could be Liverpool’s new home shirt for the 2015/16 season has been leaked online, and if it is genuine then there is a good chance that Reds fans might not be too happy!

The Anfield side are set to ditch their partnership with current kit manufacturers Warrior to join up with New Balance, who will be taking their first steps into kit design, and judging by the look of it they could use a little more practice.

The top of the shirt has a bizarre kind of tablecloth design, while vertical lines carry on to the bottom of the shirt.

It sadly comes nowhere near the kind of classy designs they are used to. 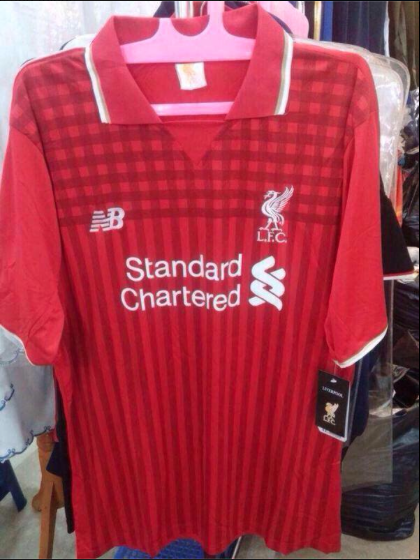