The club’s all-time top-scorer reveals what fans will be sporting next term.

It has already been widely reported in the media that as of the 2014/15 season, Arsenal will have a new deal with shirt manufacturers Puma.

However, up until now it was unknown how that would look, but Gunners legend Thierry Henry has given supporters a quick glimpse by sporting the new top. 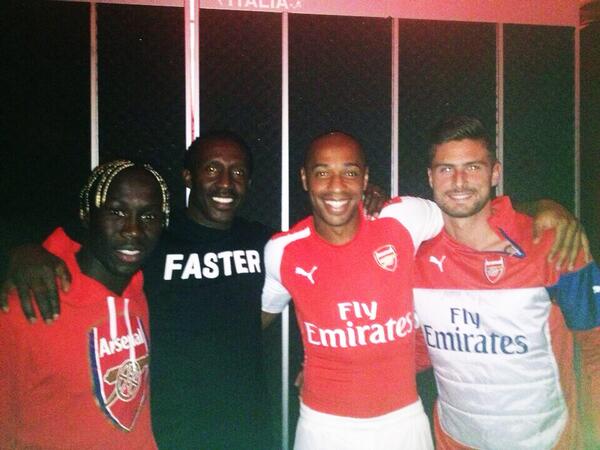