Juventus have unveiled their new signing Patrice Evra with the number 33 shirt after he officially completed his move from Manchester United.

The 33-year-old was a superb performer for the Red Devils in his eight years at the club, helping them win five Premier League titles and the Champions League and becoming a favourite with the fans for his superb, all-action displays at the back.

The arrival of exciting youngster Luke Shaw in that position is what looks to have persuaded Evra to leave Old Trafford, and he will now be hoping to enjoy further success as he takes on a new challenge in Serie A. 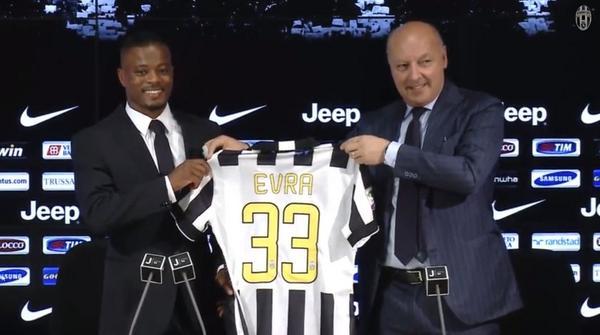