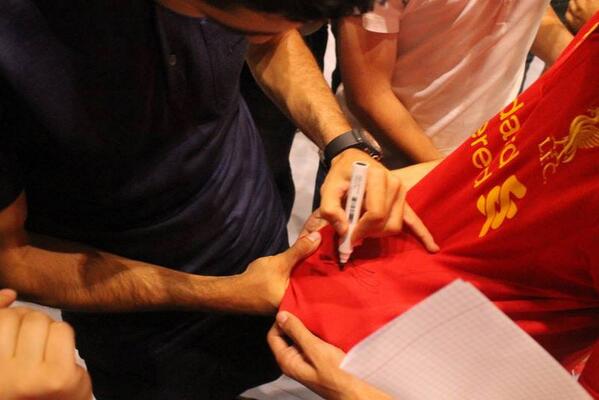 The 24-year-old has reportedly flown to the UK to finalise a deal and this image of the Armenian international signing a Liverpool shirt was tweeted by journalist Artur Petrosyan, editor-in-chief of Russian publication sport-express.ru.