Reds run rings around Cherries to tee up Sterling’s first.

Though many were expecting an upset on Wednesday night, Liverpool got back to winning ways against Championship high flyers Bournemouth, and furthermore – they did it in style!

Liverpool broke the deadlock with an outstanding team effort that saw all ten outfield players involved in an incredible 52 passes before Raheem Sterling raced into the box to nod home the opener.

After a total of two minutes of sheer baiting by the Reds, Lazar Markovic found Jordan Henderson to send a stooping ball into the box for Sterling to race on to.

Below is a graphic of all 52 passes and where they occurred. 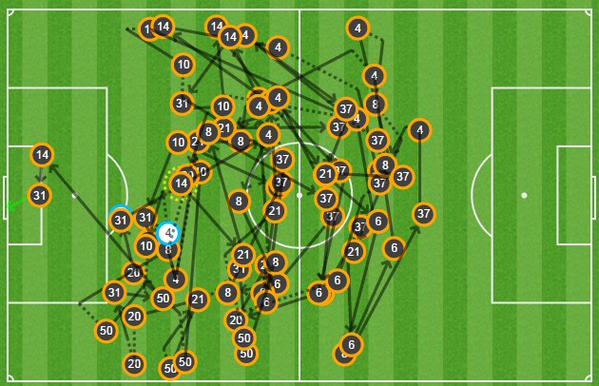