Strike target could be the latest star to hand transfer blow to Gunners.

German newspaper BILD is claiming that Arsenal target Paulo Dybala is set to hand them a further setback by entering talks with Bundesliga giants Borussia Dortmund instead.

The Argentine striker has been in red hot form for Palermo this season, and his performances have naturally garnered the admiring glances of several top sides from around Europe.

The Gunners had been tipped to meet the players €40m valuation in January, but reports in Germany are now claiming that Borussia Dortmund are actually in pole position to snap him up.

After bagging seven goals in 15 appearances for the Sicilian outfit, Dortmund have been quick to move first and have already held their first meeting with the player’s agent.

The paper claims that though Dybala’s market value is set at just €6.5m, they will table an offer of €10m in order to keep their rivals at bay. 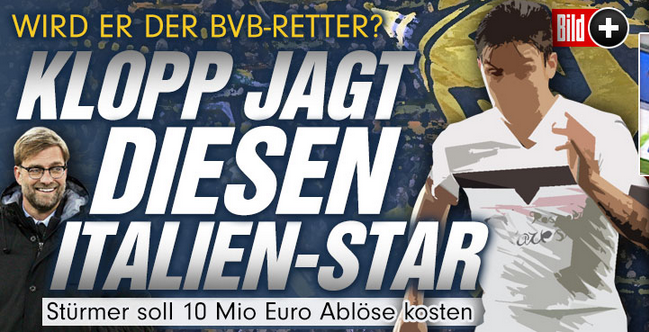 Arsenal, Chelsea set to miss out on £30m-rated Serie A star