Steven Gerrard blew thousands of pounds on alcohol as he drowned his sorrows in a London bar following Liverpool’s shock FA Cup semi-final defeat at the hands of Aston Villa.

The Reds captain was snapped outside the Boujis nightclub in Chelsea where inside onlookers say the 34-year-old flashed the cash; buying vodka, shots and Dom Perignon champagne for a boozy night-out with his entourage, claims the Daily Star.

But Gerrard certainly wasn’t celebrating, looking completely down in the dumps after being denied a dream Liverpool send-off at the hands of Tim Sherwood’s Villa earlier on Sunday.

The skipper will quit Anfield this summer after 17-years on Merseyside and could have brought down the curtain on his career – and on his 35th birthday – with a May 30th, FA Cup final showdown with Arsenal.

But after that shock defeat, Gerrard will sign-off with a far less glamorous final game against Stoke instead.

Speaking after the game on Sunday, he said: “We didn’t play today, we looked very nervous for some reason,” according to Mirror Online.

“We were very disappointing. I thought Aston Villa were much better than us today and that’s the overriding feeling after the game.”

See the pictures below: 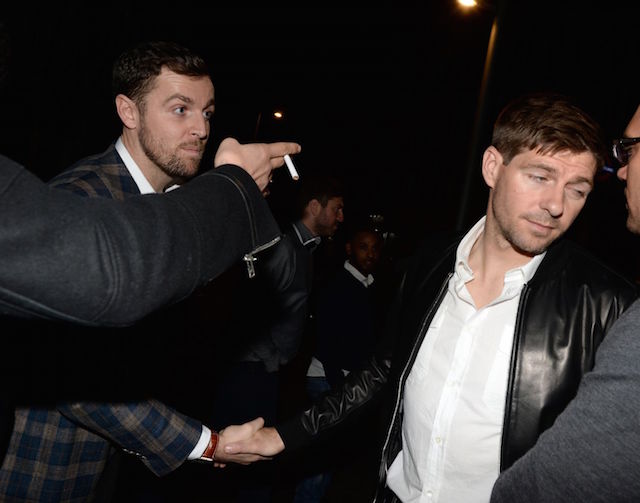 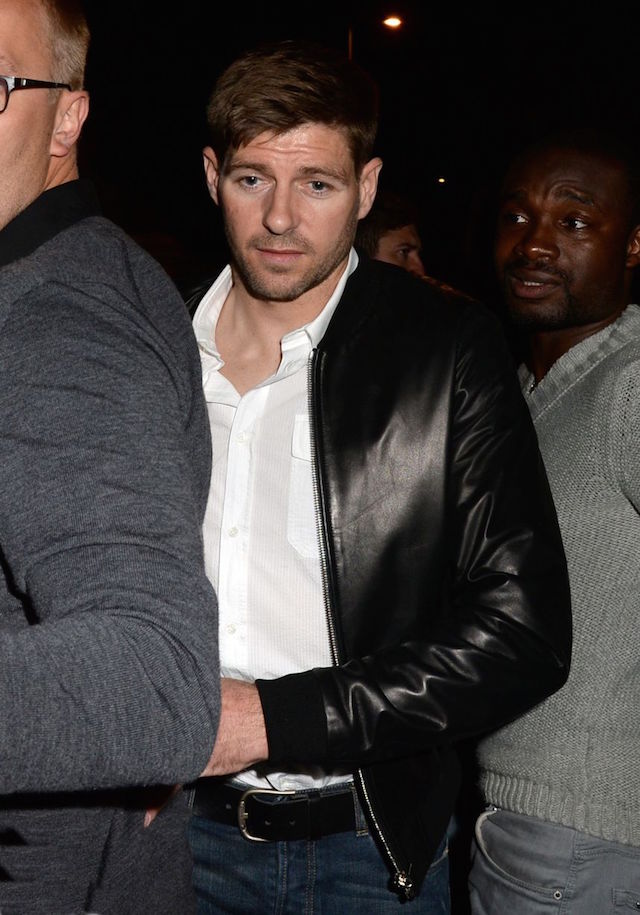 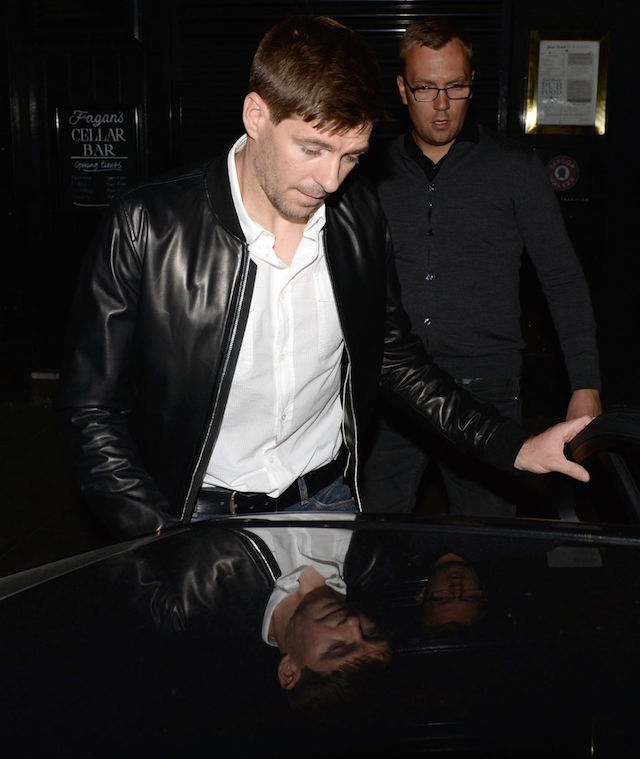 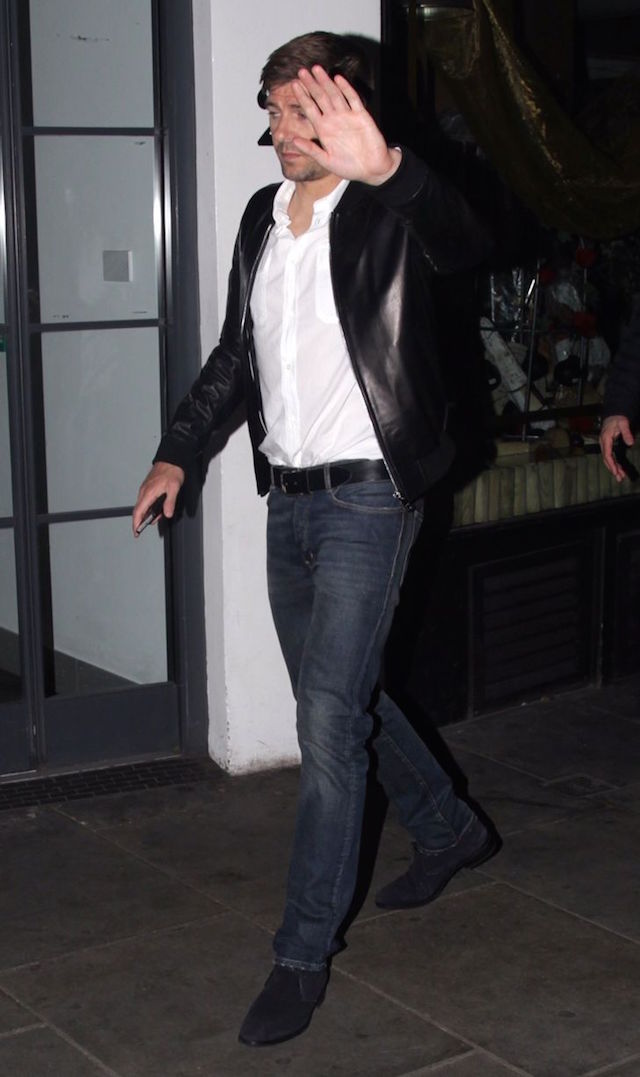