Davids is one of three sent off in the Barnet v Wrexham match.

The Barnet team would do well not to tale an example from their player/manager Edgar Davids after the Dutchman is sent off for elbowing a Wrexham player in the face.

During the 1-1 draw between the two sides a 20-man brawl ensued and Davids responded by attacking opposition man Stephen Wright.

Wright was also sent off in a tie that saw a total of three red cards and had every danger of spilling over into a fight on several occasions. 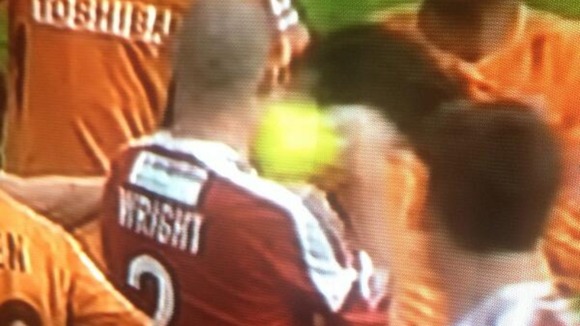