Ballack enjoying a night out in Hamburg.

Ex-Bayern Munich, Chelsea and Germany star Michael Ballack is clearly enjoying life after football as the former attacking midfielder spends a night out in Hamburg with a drag queen.

During the ‘Night of the Football Legends’ event Ballack spent time with Olivia Jones and the 36-year-old looked to be in deep conversation.

The former German captain earned 98 caps and scored 42 goals for the national team, as well as winning the Bundesliga and Premier League during a decorated career. 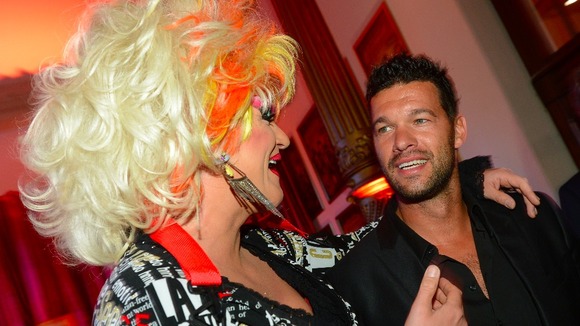