Gunners miss out on another reported target, as Bernard signs for Shakhtar. 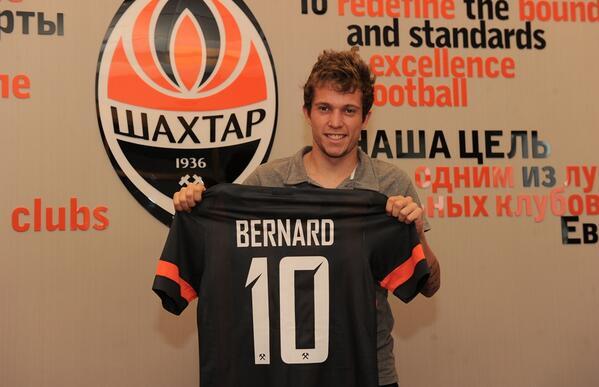 To be fair, the Gunners appear to have never actually bid for the 20-year-old playmaker, with reports of their interest fuelled by a rogue report from French daily L’Equipe and some vague comments by Atletico’s chairman, who could well have been using the Gunners to drive up Bernard’s already-hefty price tag.

Even so, some Gooners will feel another potential signing has slipped through the net.

As the above image shows, the Brazil international has been handed the number 10 shirt at Shakhtar and will join ten compatriots, including Douglas Costa, Ilsinho and Wellington Nem, in the Ukrainians’ squad.