The Argentine is on the bench for the Emirates tie.

Tottenham Hotspur have broken their club record transfer fee three times this summer and the latest signing, Erik Lamela, is named on the bench for the north London derby clash with Arsenal.

Lamela could end up costing Spurs £30m with add-ons and the 21-year-old has been bought in as a like-for-like replacement for Real Madrid-bound Gareth Bale.

The 21-year-old is one of seven new signings for Spurs, as the club take their summer spending to over £100m. 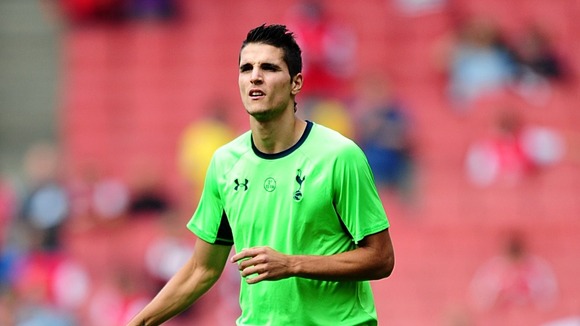