Although it is not yet clear if real or fake, a picture has been leaked on Twitter of Arsenal captain Thomas Vermaelen in the colours of Barcelona.

In front of the Catalan giants’ club crest, Vermaelen has been pictured in the same manner as many of the club’s signings this summer, though he doesn’t look as happy as his predecessors Luis Suarez and Ivan Rakitic in this shot.

It may be that this image is a premature mockup of what the Belgian international will look like in the Barca kit, or it may be that the deal has progressed even quicker than expected, with an official announcement imminent. 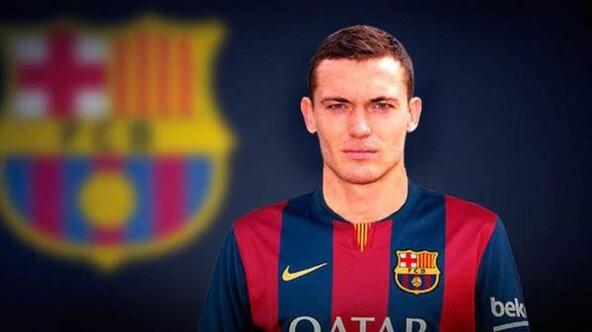