For the third time in little over a week Tottenham Hotspur have been trolled by Google, this time with the search result for ‘s**t hole’ on Google Maps showing up their ground White Hart Lane.

SEE ALSO:
Google Troll Tottenham By Using Club’s Defence as Definition of ‘Lackadaisical’.
(Image) Do They Support Arsenal!? Google Once Again Trolls Tottenham With Unflattering Definition.
Ten Premier League players that should have moved in January – with Liverpool duo and Tottenham pair.

This comes after Google dictionary listed Spurs as examples for the definitions of both ‘lackadaisical’ and ‘dodgy’ and this latest example is sure to cause embarrassment for both the North London club and the search engine.

One place it is likely to have been greeted with open arms however, is the Emirates Stadium, where Tottenham’s great rivals Arsenal are preparing for the North London derby on Saturday. 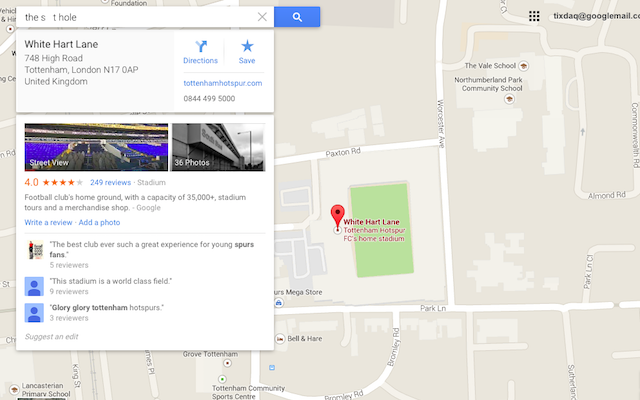