After CR7’s first wayward free-kick of the match injured a young fan, Real Madrid make it right with a signed shirt.

A few eyebrows may have been raised when one of the world’s biggest clubs in Real Madrid announced they would play a pre-season friendly against newly-promoted Championship side AFC Bournemouth, but not even a six-goal drubbing could take away from what was an incredible day at the Goldsands for Cherries supporters.

Apart from one fan that is. 11-year-old Charlie Silverwood had the misfortune of being on the opposite end of a misplaced Cristiano Ronaldo freekick, resulting in a broken wrist.

To make up for the accident, Real Madrid sent the young lad a shirt signed by all of the first team – including superstars like Karim Benzema, Mesut Ozil, and of course Ronaldo himself.

See Charlie with his new souvenir below:

Pic: CR’s 1st freekick vs Bourne hit a child in the stands & broke his arm, RM sent him a shirt signed by all players pic.twitter.com/IsL7CT9pLx 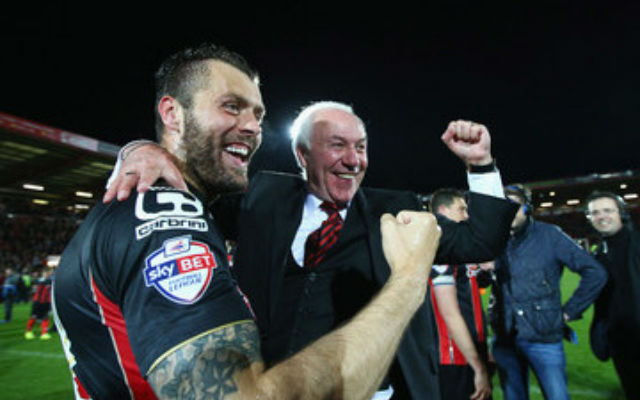