The Blues players found some time to meet their supporters.

Chelsea have been touring the far-east much to the delight of thousands of Asian Blues fans who have mobbed the stars of west London wherever they have gone.

Despite being there to gain match fitness before the start of the 2013/14 season under returning manager Jose Mourinho, the trip is also about promoting the club across the globe and stars Eden Hazard and Romelu Lukaku met some extremely eager fans. 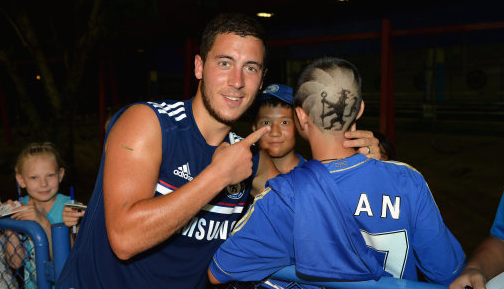 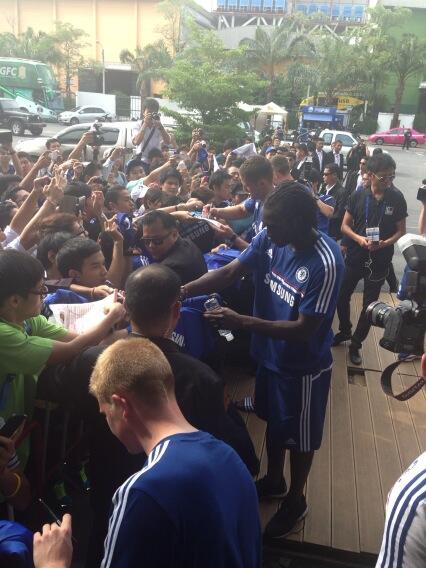 The youngsters make up two of a trio of talented Belgian starlets at Stamford Bridge, along with Kevin De Bruyne, hoping to make a big impact in west London during the upcoming campaign.

Although if their fans in Asia are anything to go by the starlets are already a major hit.