Chelsea star Diego Costa was back at his old club Atletico Madrid this week to pay a visit to his former team mates, Marca reports.

The Spanish striker only left the La Liga giants last summer, moving to Stamford Bridge for £32m after a superb title-winning season at the Vicente Calderon, and he appeared to be welcomed back warmly by his old colleagues. 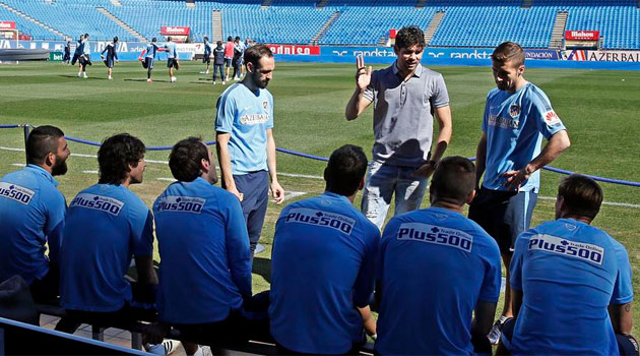