Blues captain Terry nonchalantly reads a book on the tube.

Who says that footballers are out of touch with the common man? Here Chelsea captain John Terry tries to see what it’s like to lead a normal life and rides the tube.

As a Londoner the defender is clearly clued up on the rules of the Underground – head down, no eye contact and pretend to read a book.

Terry, a player of the people. 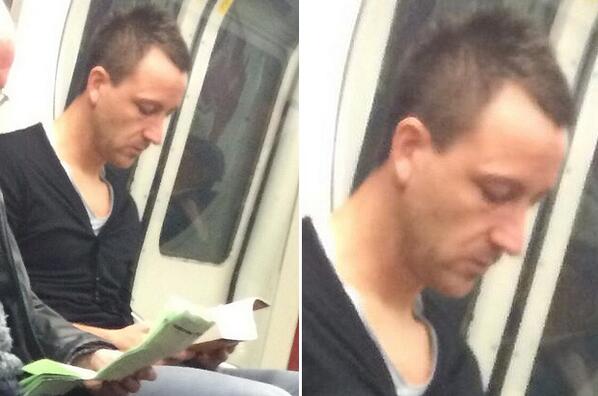