These Blues supporters are really looking forward to the scariest night of the year.

As Chelsea host Manchester City at Stamford Bridge, a group of the home fans have shown that they haven’t forgotten it’s Halloween this week.

These supporters have gone to an impressive effort with these scary outfits and will be hoping that City are put off by their cloaks and face-painted faces.

It’s arguably the biggest clash of the weekend in west London as the two title contenders go head-to-head for the first time this season. 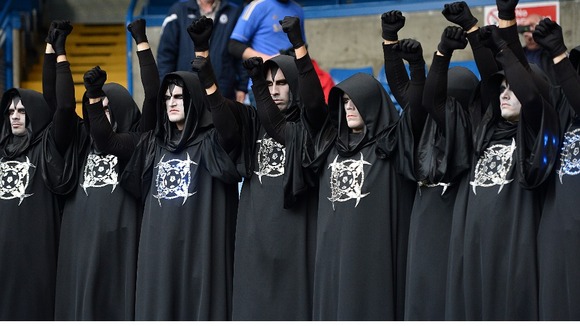