Hazard, Kompany and Vertonghen are shown back in 2002.

Belgium qualified for the World Cup on Friday with a win against Croatia to reach the tournament for the first time since 2002.

There is a current crop of supremely talented players at their disposal and as a treat pictures have been dug up of the stars when they were kids over 10 years ago. 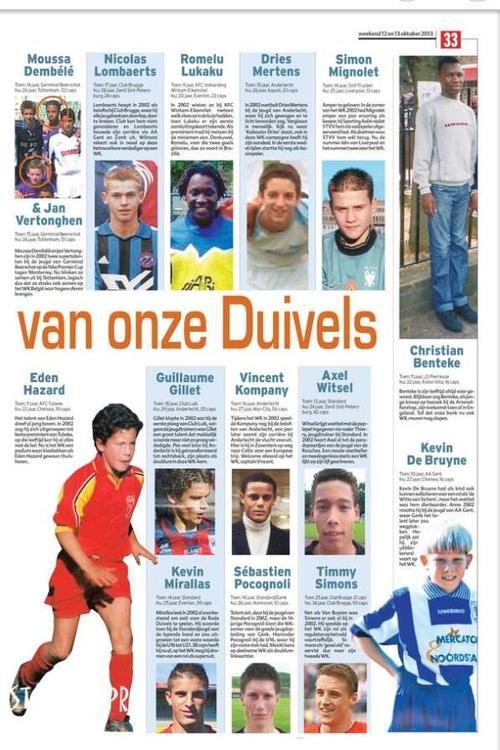